As Series 8 of Alone continues (Alone The Hunted: Grizzly Mountain), Colter continues to make use of his Tarp Boat. 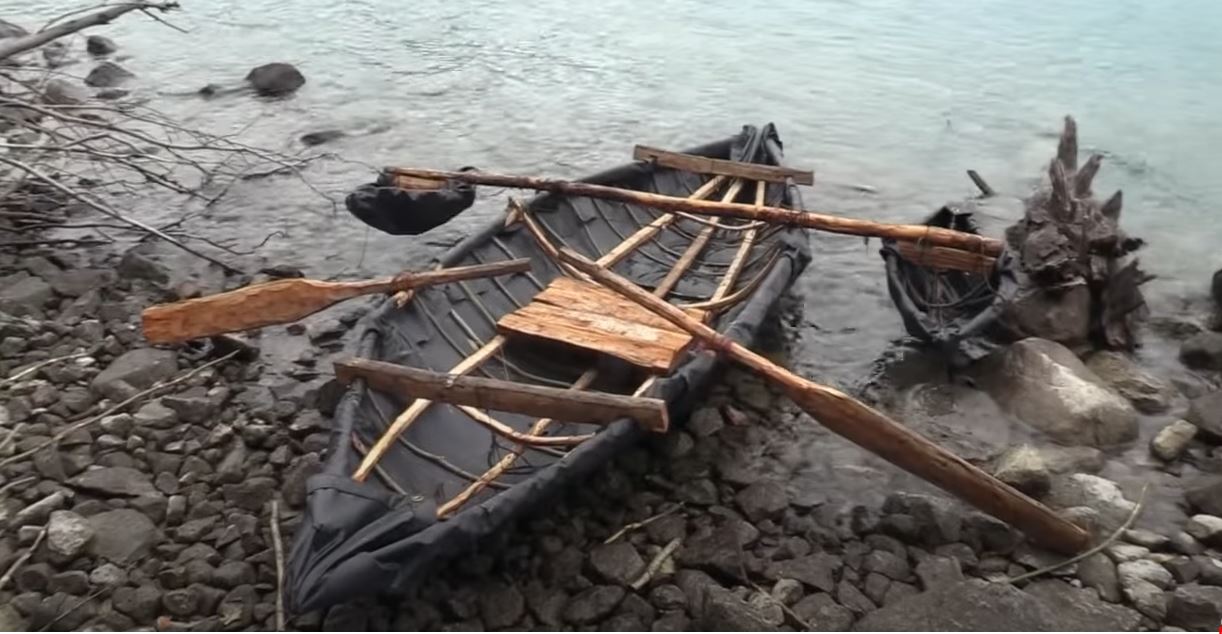 In previous blogs we’d Talked about how Colter had constructed an impressive boat (above) by fitting a tarp across a wooden framework made from felled trees and saplings. After his maiden voyage proved to be dangerously unstable he improved upon the original design by adding 2 outriggers, which also had tarp fitted around them. This much more stable boat allowed him to get further out from shore for better fishing – and it even helped him escape a bear!

In the following week Colter’s tarp boat is really now coming into its own. He has been able to lay fish traps far out in the water making for much more success with fishing. This could really be a gamechanger! Fish are vital to the contestants in the harsh landscape as they provide not only protein but also essential fats and oils that other more gamey meat like deer for example just can’t provide.

Colter’s fishing success means that he has more energy to do more of everything – hunting building, getting water. But it’s also given him a huge psychological boost as he is having more success and less of a struggle than the other competitors. Despite the hardships of hunting and building shelters etc., it’s usually actually the psychological and emotional strain of the stress and loneliness and constant failure that causes the contestants to ‘tap out.’

So it might actually turn out that the humble tarp is the low tech tool that gives Colter the edge and might actually be instrumental in allowing him to win the $500, 000 cash prize!