​Alone - The Hunted Contestant Improves on his Tarp Boat Design and Fends off Bear Attack!

Last week we brought you a clip from Alone – The Hunted, in which we showed how one contestant had used his tarp to make a pretty snazzy boat. It was quite an impressive build – it floated well but unfortunately was pretty wobbly. A real liability in freezing waters that are likely to cause hypothermia if you fall in! 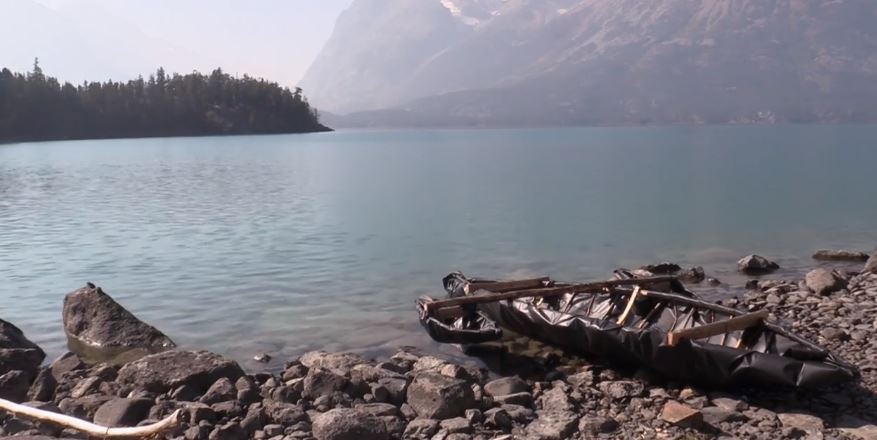 So in this week’s episode he improved the design further by adding 2 outriggers and he covered those in tarp material too. The result was a perfectly stable impressive little tarp boat that looks like it’s set to be a gamechanger in the wilderness survival competition!

Already it’s allowed him to get out into the deeper waters where he’s started to be able to catch much more fish. The competitor named Colter planned it this way from the start. He actually foregoes some of the more popular allowed equipment items (contestants are allowed to take 10 items only) in order that he could ring an extra tarp.

As you’ll see from the clip though, his tarp me prove to be not only a gamechanger but even a lifesaver, as it might allow him to escape from the massive bear that has started to take in keen interest in his presence!